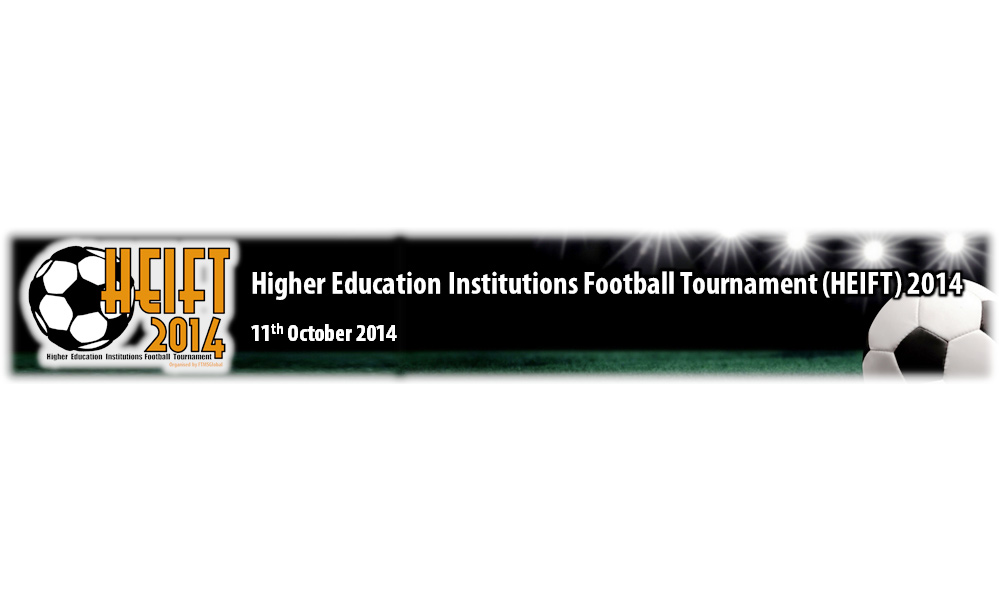 On 11th October 20014, FTMS College, one of the oldest private higher education providers in Malaysia hosted the Higher Education Institutions Inter-College Football Tournament (HEIFT) 2014. The event organised by FTMSGlobal Malaysia, was officiated by Tuan Haji Sa’don Bin Suraji, Director of Youth & Sports Department, Kuala Lumpur, and supported by the Ministry of Youth and Sports and 1 Malaysia for Youth (iM4U).

The event, held at the Technology Park Malaysia, took place on Saturday, 11th October 2014, from 8am – 5pm.

Feedback from all participants and supporters confirmed the success of the event.

FTMS College would like to express sincere thanks to Tuan Haji Sa’don Bin Suraji, Director of Youth & Sports Department, Kuala Lumpur, for officiating at the tournament. Sincere thanks are also given to the Ministry of Youth and Sports, 1 Malaysia for Youth, all participating teams and all who supported the tournament and made it a success.